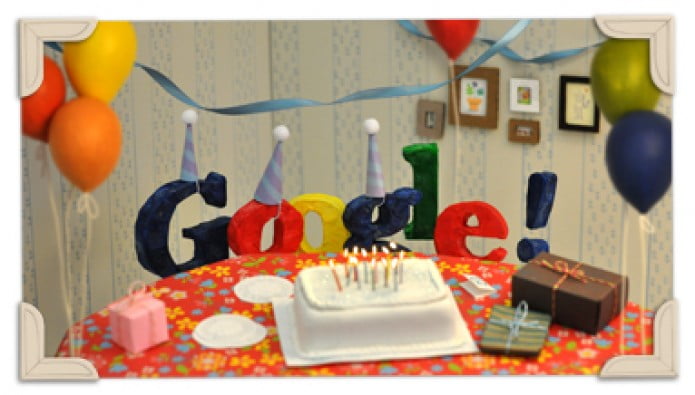 Google turns 15! A few surprising facts and timeline you might not know

Started in a small garage in Menlo Park, Calf. in 1998, today this search engine company has spread across 40 countries across the globe having more than 70 offices worldwide.

The foundation of the company gave a major shift to the way people search and retrieve information online and opened the doors for a whole new era called Search Engine Optimisation.

Founders Larry Page and Sergey Brin met at Stanford university. They did not find any single common interest in between them and disagree about everything during their first meet.

The name of the company at the time of incorporation was BackRub which was later renamed to Google.

The turning point in choosing the name Google was a $100,000 check from Sun co-founder Andy Bechtolsheim.

By now, the company has grown so much on public mind that searching on internet became the synonym of Google!

In 2004, Google launched orkut – their first ever social networking site.

And also shifted their global headquarter office to Googleplex in Mountain View, Calif.

In the same year, Google also brought up their famed Initial Public Offering on Wall St.

In 2009, Google added a new dashboard to Google Places, a must have local listing tool for small and local businesses for Local SEO and local marketing.

In 2012, Google rolled out Google Search plus Your World that integrates search engine with gmail and Google+ users.

In the beginning of 2013, Google redesigned Google Images.

Related Articles
Intesols Recognized Among Australia’s Top SEO Companies for 2021
How does a Content Calendar Garners your Team Strength?
Why Resorting to Google Certified Agency is The Answer to your ROI’s?
Top 12 Local SEO Tips to Rank High for “Near Me” Searches
How COVID-19 will Drive a Rapid Digital Revolution in Online Shopping?
SEO For Small Business is Your Best Friend, Here are the 4 Reasons Why!
Search
CATEGORIES
(03) 9553 2824